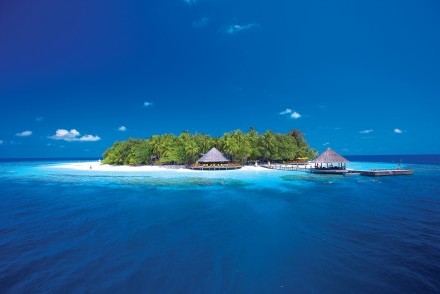 “Perhaps an idea to recommend that travellers remember to pack binoculars – I wish we had taken some!” – Clarke family, August 2017

“Suggest that clients carry a pair of socks for temple visits. When we were there the sand and the floors were so hot that it was really difficult to walk around them in Polonnoruwa.” – Jenny & John, March/April 2017

“One word of caution. Sri Lanka in general and Wilpattu specifically are in a prolonged dry spell. Water levels in the park were clearly low but the camp still showed some effects of previous rain – Praneeth admitted that it was not a nice place to be in heavy rain! He recommended May or June as the dry season when leopard sightings should be best.” – Geoff & Eileen, February/March 2017

“I would strongly recommend having a driver, as the Sri Lankan driving style is not that of the west!” – Crichton family, March 2016

“A Tip for The Fort Printers [Galle] – if you plan to dine at the hotel, on arrival request a table in the pool courtyard: there are only a few but it is much more pleasant that the indoor dining room.” – Geoff & Eileen, February 2016

From the archive: Island hopping in Paradise – John & Tracey, May 2014

The short hop from Sri Lanka to Maldives makes this an ideal island combination for a special holiday or honeymoon. Arriving late at the diminutive international airport island, which is a 10-minute ferry ride from Malé city, we are whisked away by our friendly and efficient agents in Maldives, Aasif and Nuwan of Ace Travels, to a nondescript overnight stay next to the ferry terminal.

Next morning, with the bright sun sparkling off the crystal-clear water lapping invitingly around the wooden stanchions of the boardwalk, we embark on the private speedboat ride to Angsana Ihuru. With the high-rise of Malé disappearing behind us, we bounce across the white-peaked waves in search of Paradise, passing other resort islands as well as fully-laden traditional dhonis en route. Twenty minutes later, we alight at the pier of the resort and are welcomed graciously in true Maldivian fashion.

Five-star Angsana Ihuru is a small, circular island of coral white sand and swaying palm trees surrounded by a stunning house reef accessed directly from the beach. Beachfront villas dot the circumference of the island and all have a private, ocean view terrace shrouded by natural vegetation.

The well-appointed villas are in fact luxury suites with a generous bedroom discreetly partitioned from the large living/dining area that opens out through French windows to the private terrace. The King-size bed is super comfy and dressed in signature Angsana colours of lime green and saffron orange, with this refreshing and relaxing tonal theme followed throughout the villa. In typical Maldivian style, the luxury bathroom is semi-open air with a covered toilet and dual sink area opening out to an al fresco rain shower. Our villa also has a Jacuzzi pool in an enclosed rear garden, although we didn’t manage to enjoy it! After dark, the villa has subdued, atmospheric lighting and all mod cons such as a LCD TV with satellite channels, iPod dock and Bose sound system to keep you entertained!

The only bar and restaurant serve cocktails and international cuisine inspired by the local environs, and there is also an outdoor spa for (well) being pampered and an accredited water sports centre for the more active.

All-in-all Angsana Ihuru really is a gem of an island and recommended for honeymooners and couples in particular. The resort has the additional advantage of its sister property, Banyan Tree Vabbinfaru, being only a 10-minute boat ride away, whose facilities and activities, including daily manta ray feeding  and coral reef restoration projects, are open to guests of Angsana Ihuru.

Reethi Beach Resort in Maldives is a casual yet elegant resort offering friendly service, refined cuisine and a relaxing atmosphere on beautiful and lush Fonimagoodhoo Island, which is surrounded by a stunning lagoon with house reef and white sandy beach.

Wild Coast Tented Lodge near Yala is the new release from Resplendent Ceylon, famous for its ground-breaking and unmatched properties, Ceylon Tea Trails and Cape Weligama. This spectacular luxury tented camp is situated in a stunning location where the jungle meets a pristine beach, overlooking the blue waters of the Indian Ocean.

Kandy in the spotlight: war behind it, Sri Lanka's second city sees a tourist boom

An extraordinary battle between sperm whales and orcas – in pictures