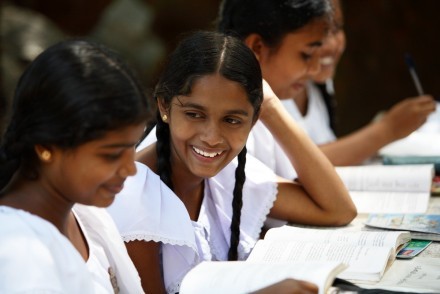 Poson Festival – celebrating the arrival of Buddhism in Sri Lanka

Poson poya (full moon) day on 27 June 2018 celebrates the arrival of Buddhism to Sri Lanka in the 3rd century BC, a festival of great historical and religious significance to Buddhists throughout the country. Always held on the full moon day of June, Poson commemorates the arrival of Arahat Mahinda, son of Emperor Asoka of India, who converted the reigning Sinhalese ruler, King Devanampiyatissa (Tissa), to Buddhism at “Missaka Pavva“ (today’s Mihintale) near Anuradhapura in the 3rd century BC. Consequently, major celebrations occur in Anuradhapura and Mihintale, the ancient monastic complex where the royal missionary monk, Thera Mahinda, preached the first sermon to the ruling king. Large crowds of pilgrims converge on these sites and honour the occasion with mass religious observances, commemorative illuminations and historical pageants.

For Buddhists, the hallowed day of Poson is second only to Wesak in terms of importance. Although Poson is celebrated throughout the island, the principal ceremonies are to be found in Anuradhapura and Mihintale. Long lines of devotees dressed in white climb the many steps on a spiritual ascent to the highest plateau and sacred precinct, where the serene Ambasthala Dagoba (Mango tree stupa) marks the place where Mahinda surprised King Tissa in mid-hunt and quizzed him about mango trees to test his intelligence. The Mango tree stupa is supposedly built on the exact spot where Mahinda stood, and a statue of the King is placed where he stood, a respectful distance away. The great sage Mahinda preached his first sermon from the Aradhana Gala, the "Rock of Convocation", near here.

From this plateau trails spread out in all directions. One leads to the 1st Century BC Mahaseya dagoba, the largest stupa in Mihintale, which enshrines a single hair relic of the Buddha. Another path wends its way to Mihindu Seya where a small golden reliquary resembling the earliest Indian stupas surmounted by a chattra (umbrella) was discovered, along with a bronze statue. Above them all towers the enormous boulder that covers Mihindu Guha or "Mahinda's Bed". The bed itself is a smooth slab of stone; the covering rock was the roof. This is where the sage reposed, apparently oblivious to discomfort, for forty years.

The other major site associated with King Tissa's reign is the planting of the Sri Maha Bodhi (sacred Bo tree) in Anuradhapura. The tree was yet another of Emperor Asoka's gifts to the island and was planted within the precincts of Anuradhapura. It is regarded as the oldest human planted tree in the world. Under King Tissa, the island followed a religious and cultural route quite distinct from that of the subcontinent to the north, and he is credited with developing a society rich in literature, art, architecture, song and dance. The monarch also built Tissa Wewa, one of the region’s largest reservoirs, which covers over 200 hectares. The embankment alone is over 3 km long and 7.5 metres high. It is a major irrigation tank even today and is an essential resource for farmers in Anuradhapura district.

Similar to Wesak, many religious activities are organised during the Poson period in Sri Lanka including Bodhi pujas (blessings to the sacred Bo tree), dansalas (food stalls providing free food and drinks to passers-by) and devotional songs. A festival of great piety and sanctity which focuses on the compassion to all living creatures, it is also one of much colour and gaiety, with streets, homes and public places decorated with colourful and finely decorated hand-made paper lanterns, glittering illuminations and pandals (festive floats) depicting the lives of the Buddha.

In the island’s villages, Buddhist temples are filled with devotees and pilgrims, clad in pure white with no make-up or jewellery, who spend the next twenty four hours in quiet contemplation. While in the rest of the village, people gather in the temple grounds after sunset to participate in lesser religious activities such as the reading of holy books or listening to saffron-clad monks relating ancient stories from the Buddha’s previous lives. During the Poson Festival, the selling of alcohol and meat is usually prohibited and abattoirs are closed.

Successive governments can be justifiably proud of having given top priority to education. Today, more than 90% of the population can read and write and there are many young people, even in rural areas, who are pursuing secondary education.

Whether in town or in the country, school is compulsory from the age of six. Each morning, children dressed in their white uniform can be seen going off to school all over the island. After morning roll call, the day's lessons begin with a Buddhist, Muslim or Christian prayer, depending on the school and where it is located. The school forms a micro-society inherited from the British colonial organisation in which sport plays a key part.

Where to stay in… Anuradhapura

Anuradhapura was the first capital of ancient Lanka in the 3rd century BC and it is one of the principal points of the island’s Cultural Triangle.

The Sanctuary at Tissawewa is a sensitively renovated former Dutch colonial governor’s residence immersed in a tree-filled and expansive garden alive with a variety of bird life. The makeover has uplifted the building to its former grandeur with polished wooden floors and reproduction antique furniture. Being situated within the precincts of the ancient city, no alcohol is served at the hotel.

Forest Rock Garden Resort recreates the ancient kingdom of Anuradhapura on a 20-hectare estate, which is elevated 6 metres above ground level to conserve trees and limit environmental damage. The resort is situated within Andarawewa forest, an ‘elephant corridor’ linking the local arboreal areas with Wilpattu National Park, and, in harmony with the resort’s eco-aspirations, only vegetarian cuisine is served.

Uga Ulagalla is centred on a converted walauwa (mansion villa), once the seat of the local chieftain, and it is the pinnacle of luxury eco-living on the island today. Each of the 20 luxury oversized chalets is decorated in modern Sri Lankan style and includes a private plunge pool and deck overlooking the lawns, trees, flourishing paddy fields and watercourses of the extensive estate.