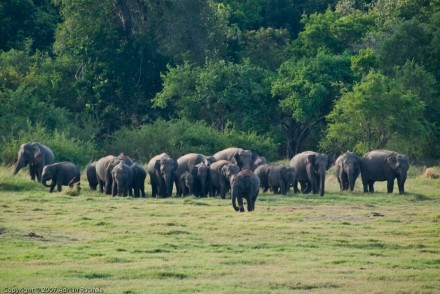 Uda Walawe National Park is renowned for its outstanding scenic beauty and wealth of animal species, particularly mammals and birds. The park's 30,821 hectares centre on the large Uda Walawe Reservoir, fed by the Walawe Ganga that originates in the southern Hill Country. Of all Sri Lanka's national parks, this best rivals the savanna reserves of Africa, with herds of elephants, wild buffalo and sambar deer, and leopards.

There are about 500 elephants in the park in herds of up to 100 individuals. Uda Walawe National Park is known to be the best place to see wild elephants in Sri Lanka, because of the elephant-proof fence surrounding the reserve, which prevents elephants from getting out and cattle from getting in. There are also populations of sambar, spotted and barking deer, wild boar, and water buffaloes. Other mammals include toque macaques and common langur monkeys, silver-backed jackals, sloth bears, toddy and civet cats, leopards (rarely), and mongooses.

For bird watchers, there are large numbers of warblers, together with the usual low country birds in forested areas, and a variety of raptors. Water birds found on the reservoir include rare visitors and breeding residents such as the Indian cormorant and osprey. Notable endemic species are the Sri Lanka spurfowl and junglefowl, Malabar pied hornbill, Sri Lanka grey hornbill, and the brown-capped babbler.

Most of the best wildlife areas in Uda Walawe National Park can be visited in a 3-hour jeep safari from Uda Walawe.

Explore the South and areas near Uda Walawe.

“Our holiday in Sri Lanka exceeded all expectations. The island had so much to offer: elephants to blue whales; historical sites that pre-dated anything in the UK; deserted beaches; lovely people; delicious food and a brilliant chauffeur.” 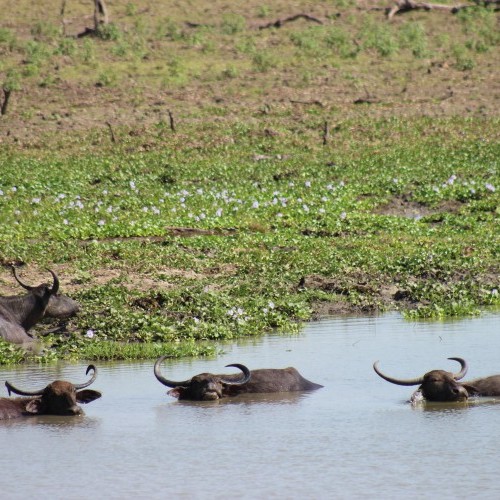 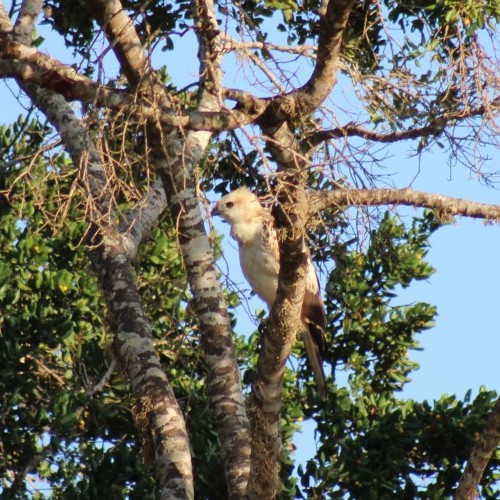 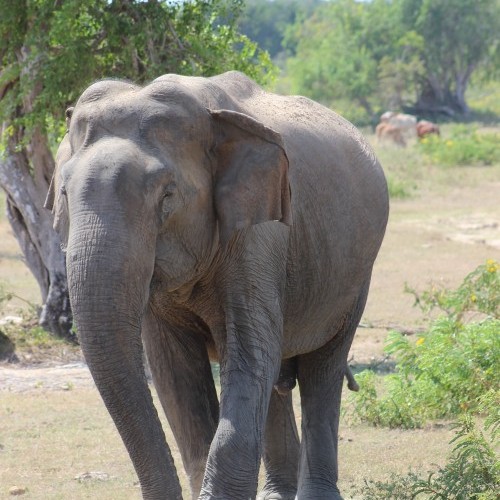 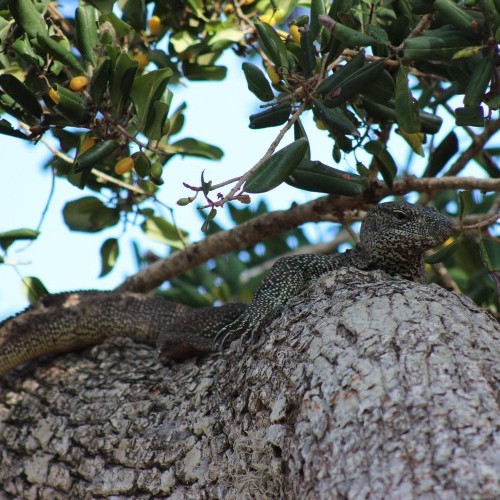 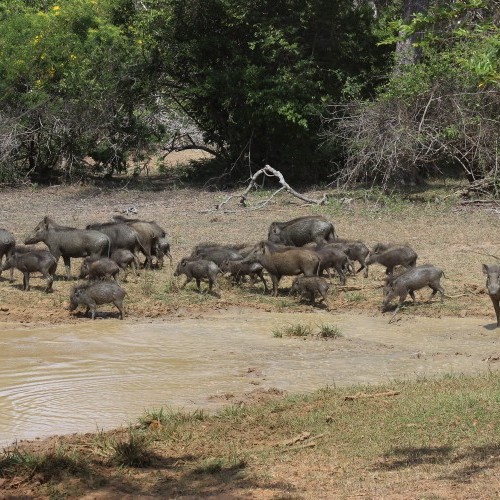 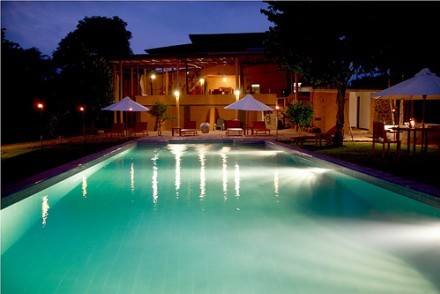