"City of Light" or "Little England"

Sites of interest and activities in and around Nuwara Eliya include:

The delightful gardens at Hakgala, 10 km southeast of Nuwara Eliya and about 200 metres lower, were originally a plantation of cinchona, from which the antimalarial drug quinine is extracted. Later, the gardens were used for experiments in acclimatising temperate-zone plants to life in the tropics, and were run by the same family for three generations until the 1940s. Today, Hakgala Botanical Gardens is spread over 27 hectares of land, and is famed for its roses and ferns.

Legend has it that Hanuman, the monkey god, was sent by Rama to the Himalaya to find a particular medicinal herb. Hanuman had been summoned by Rama to ancient Lanka to help him free his wife Sita from the clutches of the devil-king, Ravana, who had kidnapped her. He forgot which herb he was looking for and decided to bring a chunk of the Himalaya back to Sri Lanka in his jaw, hoping the herb was growing on it. The gardens grow on a rock called Hakgala, which means 'jaw-rock'. 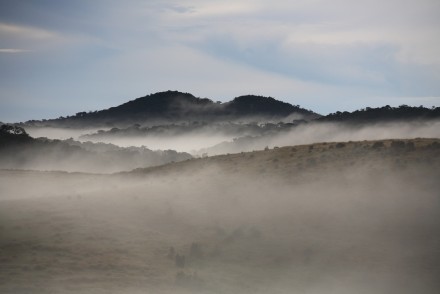 World's End and Much More

No visit to the Hill Country would be complete without seeing the breathtaking Horton Plains National Park, an hour away from Nuwara Eliya. These plains, formed by millions of years of erosion, lie right on top of Sri Lanka's mountains. Here large herds of elk, silhouetted against clouds of the lowlands, move among scarlet rhododendrons. World's End gives you unparalleled views of the flatlands to the south, as you teeter on the edge of an 800-metre high precipice. The complete circuit from the entrance to World's End, via Baker's Falls, is about 9 km.

Buffeted by the wind, the highlands of the Horton Plains National Park include some of the island's most spectacular landscapes, with stretches of grassland and forest, giant ferns, trees clawing the clouds, and peat-rimmed lakes. This strange, wild, almost melancholy landscape was discovered by the tea planter Thomas Farr, who named it after Sir Robert Wilmot Horton, governor of the island from 1831 to 1837.

Overlooked by the Kirigalpota mountains, the second highest range on the island (2395 metres), Horton Plains forms the western edge of the Hiputale range, poised high above the Ruhunu lowlands. Buffeted by the wind and too high (1800-2160 metres) for farming, these vast highland prairies (patna) do not permit any kind of serious crop cultivation and have escaped the intensive exploitation of the centre of the island.

Reputed to be One of Asia's Finest

Nuwara Eliya Golf Course (5520 metres, par 71) is reputed to be one of Asia's finest. The fairways are long and narrow and bordered by fir trees and thick bushes. It demands skillful 'position play', and the hilly terrain makes it essential that players can cope with uphill and downhill lies. Nuwara Eliya Golf Course is ideally located in the centre of town surrounded by swaying trees. The period clubhouse contains a restaurant and bar, with sloping green lawns stretching out endlessly in front of you. Not exactly the type of atmosphere you would normally associate with Sri Lanka? Well, think again!

The 18-hole Nuwara Eliya Golf Course is situated at an elevation of nearly 2000 metres. In this cool climate and scenic surroundings, the course was laid out by the Gordon Highlanders stationed here in the late 1880s. A legacy from the British colonial period, golfing in Sri Lanka has many nostalgic links to this era, when wealthy British planters and government officials spent their evenings at clubhouses in an effort to recreate the lifestyle they had left behind. Today, these period relics are put to good use by tourists and travelling businessmen enticed by the calm and soothing atmosphere associated with golf, as well as by locals taking a break from the absorbing national pastime of cricket.

A round of 18 holes at the Nuwara Eliya Golf Course includes green fees, golf balls, and the hire of clubs, shoes and a caddy.

Although in the centre of town, Victoria Park is a particularly good area for spotting Himalayan migrants such as the Kashmir Flycatcher, Pied Thrush, Indian Pitta and Indian Blue Robin as well as some of Sri Lanka’s endemics, including the Yellow-eared Bulbul, Sri Lanka White-eye and Dull blue Flycatcher. 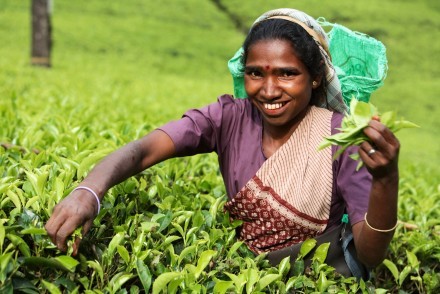 A Little Piece of England in the Tropics

Nuwara Eliya, or 'City of Light', was the British colonial capital of the Hill Country, complete with golf course, horse racing and roses (!), and the highest town in Sri Lanka at 1900 metres above sea level. A leisurely walk through the streets and green spaces of Nuwara Eliya will take you past the delightful little post office with its pink brick walls, across the golf course, the largest in Sri Lanka and the oldest course in Asia, to the nostalgic Hill Club, where a suit and tie are still required for dinner. On through Victoria Park towards the racecourse takes you past rather quaint planters' houses, some of which have been turned into guest houses. For a panoramic view of the area, a path leads up to Single Tree Hill (2100 metres), which is a good alternative to the now out-of-bounds Mount Pidurutalagala, whose peak is a prohibited area for security of the island's first TV transmitter there. Returning downhill, you will end up at Gregory’s Lake, which has been cleaned of a generation’s accumulation of rubbish prior to having a major makeover including the creation of a lakeside running/cycling track (bicycle rental available), construction of an ice-cream kiosk and a landing stage for boat, jet ski and pedalo hire.

Explore the Hill Country and areas near Nuwara Eliya.

“From our point of view/experience our expectations of Sri Lanka were exceeded. We wanted and got a good blend of sight-seeing and ‘beach-side’ relaxing.” 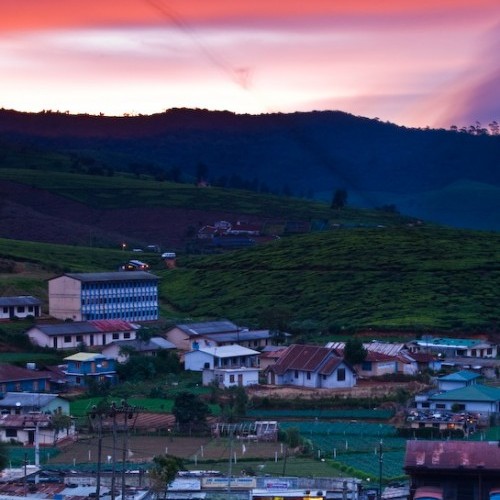 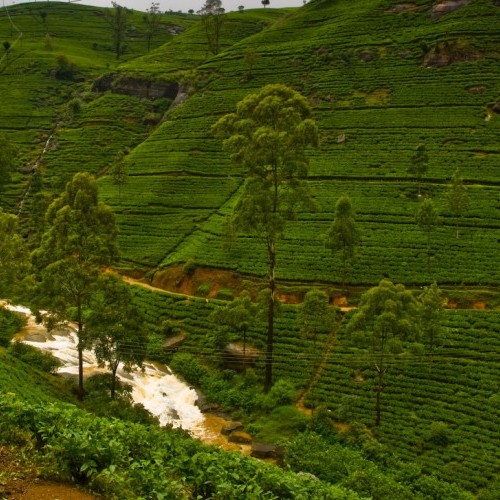 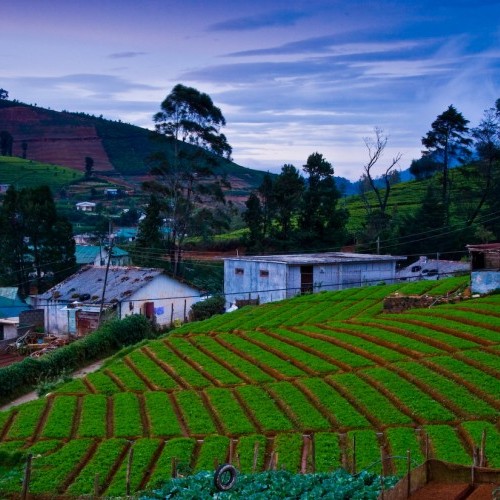 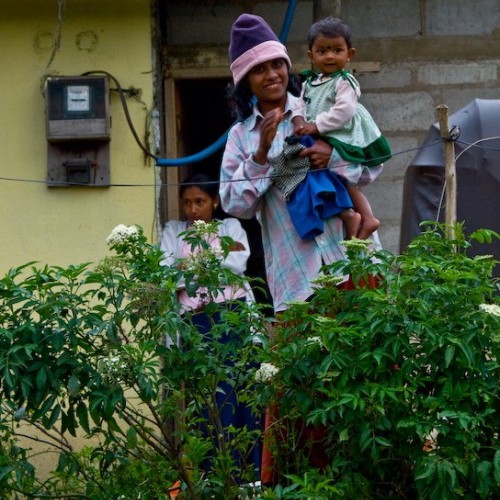 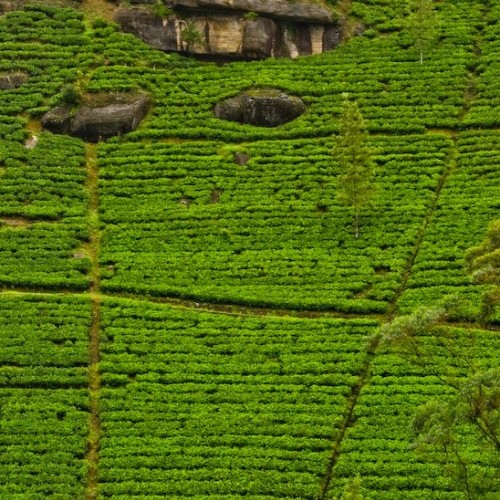 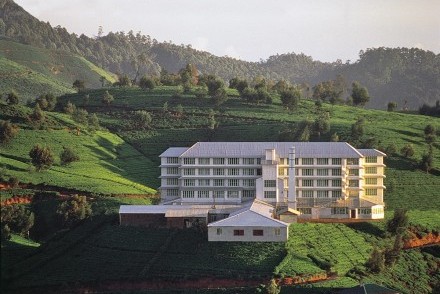 Sensitively converted former tea factory (UNESCO Heritage Award 2001) idyllically situated in the middle of its own tea plantation with superb views of the surrounding spectacular countryside. Magically, the tasteful transformation has retained the essence of the building’s previous life.