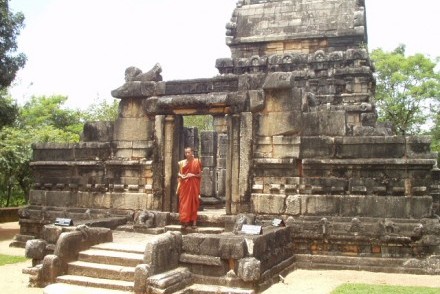 Then…
The only Buddhist temple to be built in stone and in the purest style of the Hindu temples of southern India, the gedige (Buddhist image house) at Nalanda is shrouded in mystery. No buildings, apart from the ruins of a small stupa, provide any information about the monastery which once stood here. Only an inscription dates the building to between the 7th and 10th Centuries.

…and now
The reconstructed temple stands on a raised bund of a reservoir, where it was positioned after being dismantled, stone by stone, from its original site in the surrounding paddy fields.

The structure of the temple is pure Dravidian, with a horseshoe-shaped roof, the south tympanum of which features a statue of a basking Kubera, the Hindu god of prosperity. Some tantric carvings have been found in the structure which combines Hindu and Buddhist (both Mahayana and Theravada) features. Unusual on the island, such explicit depictions of eroticism are nevertheless common in Indian shrines. The cella, which is open to the west, was preceded by a hypostyle porch, the pillars of which, decorated with ornamental bas-reliefs, can still be seen. Inside, on each side of the restored Buddha, there is an extraordinary, fragmented pantheon which adds to the air of mystery.

This unusual temple, nestled in a marvellous setting, has a unique charm and few visitors. When cooled by the breeze from the lake, this very atmospheric site is idyllic and should not be missed.

Most of the principal sites of interest can be visited in a 1-hour tour on the way from either Dambulla or Kandy.

Explore the Cultural Triangle and areas near Nalanda.

“Excellent. Your choices [of accommodation] for us were superb. We loved every one for different reasons.” 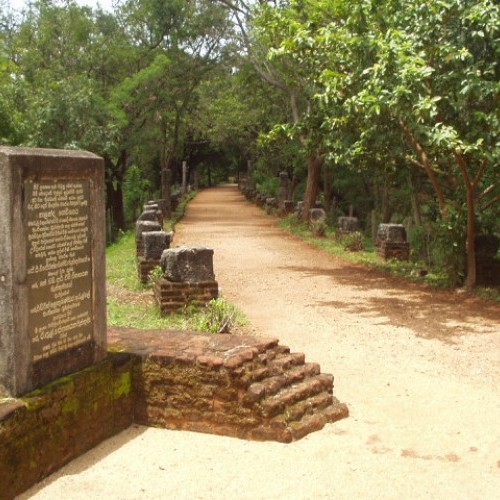 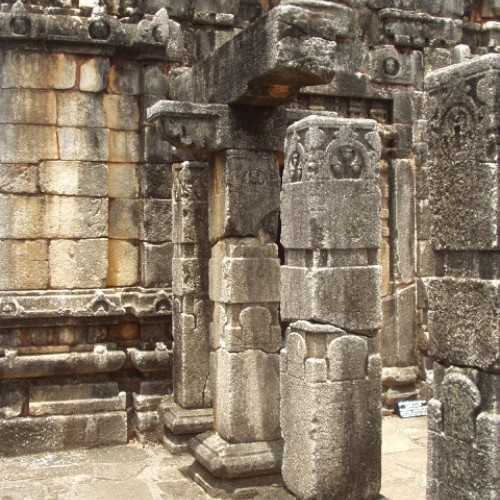 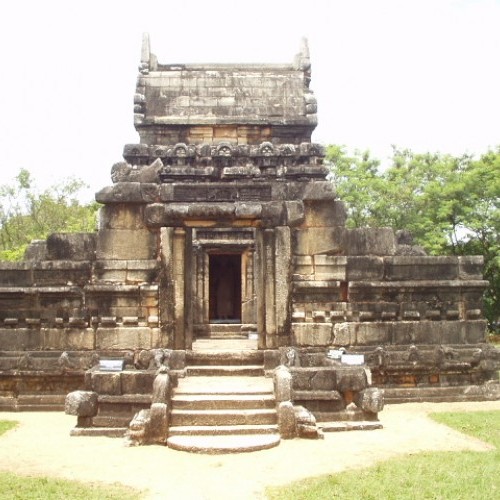 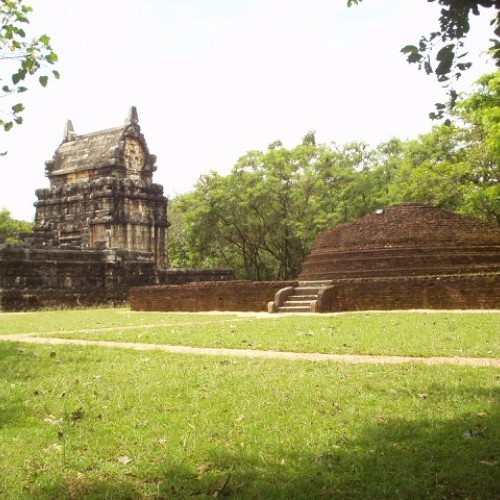 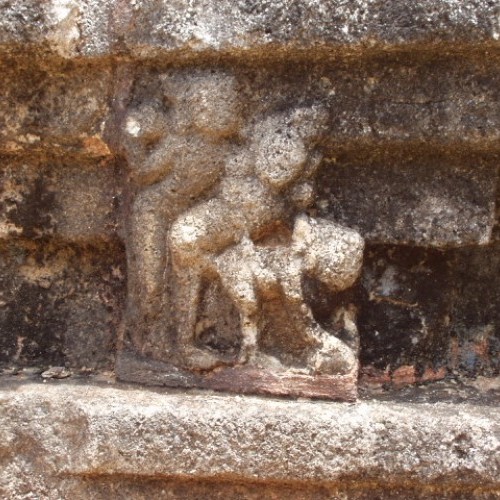 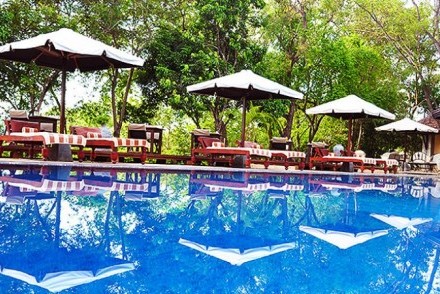 Lake Lodge Kandalama is an intimate and stylish hotel set in two hectares of private grounds with panoramic views of Kandalama Lake and the Pothana Hills beyond. The 12 spacious and well-presented rooms are complemented by a serene pool and open-air restaurant.